Miracles in Paris: A Lesson on Keeping The Faith

She said she was moving to Paris. She’d tried New York and nothing was happening. If she didn’t go now, she never would. I told her I thought that was the right choice. I could see her wearing berets, sitting in cafes and singing under a haze of smoke and blue lights. I didn’t tell her that I feared for her. That what she was doing was difficult and lonely and the chances of ‘making it’ felt just as slim.

We spoke on the phone a few months after she moved. She told me she was waitressing at a tourist trap on the Champs-Élysées. I’m thirty-three, she said, and still a waitress. Only now I’m a waitress in France.

Four more months went by and though we talked less, I followed her more. She was living alone in a dark studio on the outskirts of the city. I noticed bottles of wine on her empty counters. She must be lonely, I thought to myself. She’ll come back soon. Over dinner with mutual friends we talked about how brave she was, politely dancing around the other things we wanted to say– how long would she chase the dream? At what age would she pack it in? Could she continue like this forever?

A few months later I was no longer thinking about Sylvia. My life was at a standstill and I was inhaling my own fumes. The job I worked so hard for had just laid me off. The apartment I wanted had flooded and I could no longer remember why I was paying my last dollar to live in New York. My energy was down and I was waking up every morning with the same feeling – a feeling I’d never had before – doubt. What was next? Why did everything feel so far away? What was there to look forward to?

Sylvia called. She had big news. She’d met a guy. They were calling him the French Michael Bublé. She was friends with a friend of his who happened to take him to her restaurant the night she was singing. They went to a party together after and now they were dating. I was happy for her. She’d been single for years and a guy worthy of her had come alone. Over the next few months I watched her life unfold in a mirage of industry parties; weekend trips to Rome and Barcelona and Venice; nights out at Parisian restaurants we’d once stared at through wistful eyes.

Three months later she called again. He’d introduced her to his agent and now she was signed. She’d be doing a demo for some French record label, a small one, but a label nonetheless. She didn’t brag. It wasn’t boastful. She told me all this while asking my advice. Which was that no, it wasn’t too soon to move in with him.

Only a few minutes after hanging up did I start to cry. I was happy for Sylvia but I was miserable. The call just felt like another reminder of how everyone was moving on without me. How their life was changing and mine wasn’t. How I’d been working for years now and it felt like nothing was happening to me. Six months ago she had nothing. No boyfriend. No career. No beautiful apartment in the 6th arrondissement. Now she had everything. Over the course of a day, a single moment, her life had changed.

That last thought gave me a thread of hope. Soggy ground to stand on. It only took a moment for everything to change. I let the thought sit there a little longer, marinating. I’d had plenty of moments in my life. When I met the love of my life. When I got my first break in New York. Words of Women. All of this was happening to me while Sylvia was struggling. All this had happened and yet I still felt like I was missing out.

It occurred to me that life was like this. Waves. Peaks and troughs. Highs and lows. The rhythm of life wasn’t a steady bolt of upward momentum – we’d blaze out if it were. Instead, we get moments. Bursts of magic. Bolts of luck and change and opportunity. And then we tread again. We go back to working and striving and dreaming. And just when everything seems like it won’t change, that the new dream or the new goal won’t happen or the magic that happened two years ago has faded and left for someone else, it comes back.

That’s how it happens. You’re single for years and then one day you meet someone. You think you’ll never get a job again and the one company you thought wouldn’t look at you twice, calls with an offer. It’s long week after long week, tough break after tough break and then the light appears. A compliment, a promotion, a breakthrough.

It’s a universal rule that the moment you stop worrying and accept where you are and what you’re doing, everything changes. In the meantime, it’s your duty to keep the faith. To celebrate those around you who the magic is happening to, all while remembering that your time will come again.

If it feels like everything is broken, like your life isn’t going anywhere, that the threads and shards of the dream are no longer visible, remember that it’s supposed to be this way. Sometime, very soon, your moment will come. Just keep up the energy to look out for it.

-Tidbit of the Week - "Sometimes you think something is gone – one of the things I thought I would never return to becomes the biggest thing in your life." - Phoebe Waller Bridge on how her Emmy winning TV show, Killing Eve, was turned down by everyone before it was picked up. (Read Article)

Did you also know she started her other Emmy winning show, Fleabag, as a one-woman play at the Edinburgh Film Festival because she was an actress who couldn't land any parts? She figured she'd write herself her own part, act it and see what happened.

“When I was in high school, I liked to pretend that I was a Russian foreign exchange student. I would do things like go into a pizza restaurant and tell them I’d never had pizza before, and they’d bring me into the kitchen and show me how to make an American pizza. It’s really fun. People relate to you totally differently, and show you a side to themselves that you never see in your regular voice. So I guess the short answer is just “By fucking around.”

— Misha Collins, in an interview in 2009, in answer to the question “How did you make your Russian accent in 24 and CSI so believable?”

-Woman of the Week- 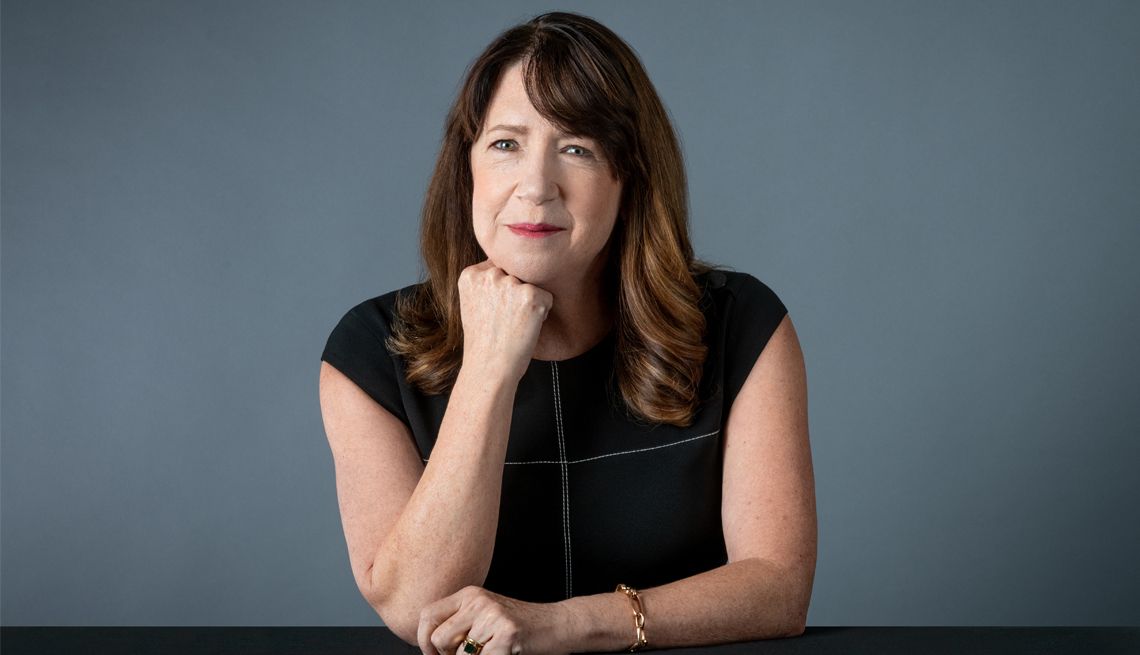 I want to tell you a brief story, if I may. When I was a young actress, 30 or so, I was on the way to my waitress job in my black pants and my white shirt and my black tie—glamour is not the word that would come to mind at all. Feminine? No. Nothing. I looked across the street, and there were several limousines parked outside the theater. And I looked at the marquee and it said, "About Last Night starring Elizabeth Perkins," who was my classmate. I was going to wait on tables, and she was going to a premiere of her film that would launch her into stardom.

I got through the shift, and I went home on my porch, and I wept and screamed into the night, "When?! When is my turn?" And it was one of those dark nights of the soul—we're all familiar, I'm sure. And a voice—I'm not kidding—quiet, probably from the inside, said, "It will all be fine. It will all be all right. You will be in your fifties. You will be 56." And I said, "Oh no! No, no!"—missing the whole point of the voice—I said, "I'm not waiting until my fifties. I have no intention, so you can take that message and…"

Well, as it turns out, I was in my fifties, and I was 56 when I did the film called Compliance, which shifted things for me tremendously. But this story is interesting because what do you do between the ages of 30 and 56? Because, as we know, life is long. Life is short, but really life is long in that regard. So, darlings, I want to tell you a few things that I believe deeply in the hopes that it might, in some way, give you a moment to think.

-Ann Dowd on Finding Success in Her Fifties